The Turkish Armed Forces (TSK) and the Azerbaijani Armed Forces are preparing for the most comprehensive winter drill in recent years, the Turkish military said in a statement. 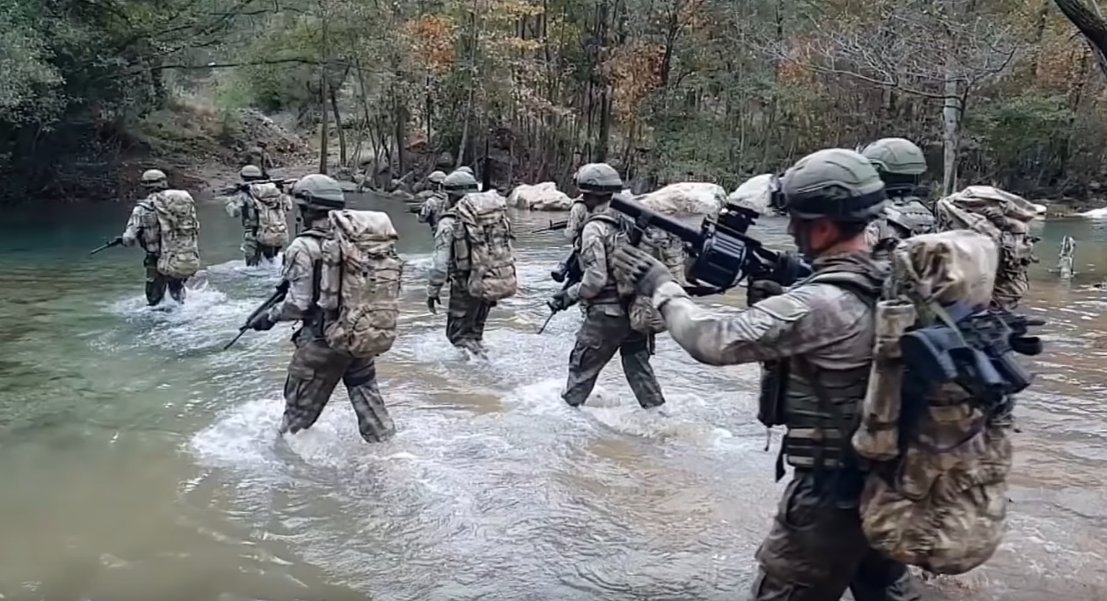 The drills will take place in Turkey’s eastern Kars province. The drill is expected to feature Turkish-produced weaponry and equipment.

Tank divisions, cannonries, sniper teams, personnel of the Special Forces Command, helicopters and commandos will also participate in the drill.

The drill will take place between February 1st and February 12th, and will also feature domestically developed weaponry and equipment.

According to the report, the drill will mostly focus on operational capabilities during the harsh weather conditions of winter months, including practices of sheltering, reinforcement, maintenance and educational development.
The Kars province in which the exercise is taking place is bordered to Armenia.

The Azerbaijan Ministry of Defense made a statement on the matter:

“Servicemen of the Combined Arms Army will also take part in the Winter Exercises-2021 to be held in the Kars city of the fraternal Turkish Republic. The ceremony for departing the military personnel and military vehicle involved in the exercises to the place of the exercises was held.

After the speeches, the units involved in the exercises left the Nakhchivan city to move in the direction of the Sadarak border checkpoint. Our units crossed the Umid Bridge over the Araz River and continued to move towards the Kars city.”

The last time Turkey and Azerbaijan had a joint military drill was back in July, when Baku accused Armenia of carrying out attacks on its border checkpoints.

The war exercises began on July 29, with August 5 being the last day of ground engagements – which included artillery, armored vehicles and mortars striking simulated targets – in the capital Baku and the exclave of Nakhchivan, Azerbaijan’s autonomous region bordering Turkey, and Armenia.

On January 18th, the Azerbaijan Ministry of Defense released the photos, names, surnames, information about military ranks, and date of birth of 2855 servicemen of the Armed Forces of the Republic of Azerbaijan who died in the Karabakh war, between September 27th and November 9th.

In Nagorno-Karabakh, residents of the Drmbon village of the Martaket region of Artsakh appealed to the leadership of the Russian peacekeeping contingent with a request to provide an opportunity to pass along the Martakert-Vardenis road.

The road that connected Artsakh with Armenia, according to a trilateral statement of November 9, came under the control of Azerbaijan.

At his annual press conference, Russian Foreign Minister Lavrov answered questions about the situation in Karabakh:

Now the main question is the return of the prisoners, there were initially about 62 people. These are the people who were captured after the signing on November 9th. But it turns out that there are actually more of them.

On the Armenian side, the lists of prisoners of war were not drawn up immediately and completely.

It is necessary to continue to consider the issue in an “all for all” context. This is also the opinion of President Putin.

At the moment, the peacekeepers are verifying the names of the POWs with the Azerbaijani and Armenian forces.

Trilateral statement on Karabakh has no secret attachments

Since the status of Karabakh is problematic, the leaders of the three countries decided to leave its decision for the future.

The situation is largely calm, and the Russian peacekeepers appear to be holding the situation under control.