Moscow must act urgently to cut its reliance on American financial systems, including the use of the dollar, one of the country’s top diplomats has said, pointing to a wave of sanctions from Washington against the Russian economy. 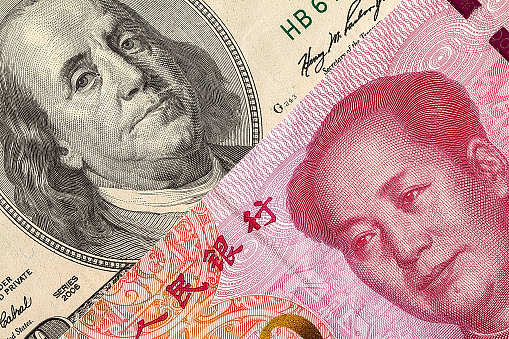 “We need to barricade ourselves against the US financial and economic system to eliminate dependence on this toxic source of permanent hostile actions,” he said. “We need to cut back the role of the dollar in any operations.”Earlier this week, American media reported that the White House was preparing to unveil a package of punitive measures against Moscow in the wake of a worsening diplomatic row over the jailing of opposition figure Alexey Navalny. One senior administration official told POLITICO that, “suffice it to say, we won’t stand by idly in the face of these human rights abuses.”

At the same time, in a speech delivered to the Munich Security Conference last week, Biden announced that he was intent on challenging “Russian recklessness and hacking into computer networks in the United States and across Europe and the world has become critical to protecting our collective security.”

On Wednesday, the Ministry of Finance in Moscow reduced the share of US dollars and euros in the currency structure of its National Wealth Fund from 45 percent to 35 percent. Instead, it has taken on more Japanese yen and increased the proportion of assets held in the Chinese yuan by 15 percent. State investors retained a 10 percent stake in the British pound.

According to officials, the changes are aimed at "increasing profitability and diversifying the investment risks of placing funds of the NWF.”