Despite the Democratic president apparently making the revocation of many of Trump's policies his priority during his first 100 days in office, the former POTUS has so far not made any official statements on the matter. 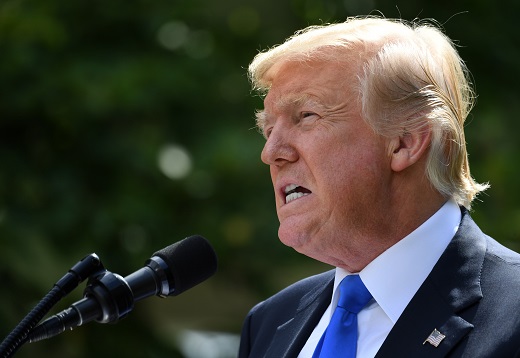 Donald Trump's upcoming Sunday speech at the Conservative Political Action Conference (CPAC) will cover, among other things, the first steps taken by the Joe Biden administration as well as the ex-POTUS' view of the impact of these on the US, his senior adviser Jason Miller has stated.

Miller did not specify what decisions made by the Democrat Trump will cover during his first public comments on his successor's activities. However, it is possible that the ex-president will focus his gaze on Biden's effort to revert many of Trump's presidential orders.The Democrat president ordered the return of the US to the World Health Organisation and for adherence to the Paris Climate Protocol to be restored. He also rescinded an array of Trump's orders in the area of immigration, stopping the construction of the border wall, lifting travel bans, and cancelling the policy of separating migrant children from adults accompanying them.

Biden's decisions in regards to immigration have already sparked criticism in some of the states bordering Mexico, as they have apparently triggered a new influx of illegal migrants. It is possible that the ex-president will focus his criticism on the issue during his 28 February address at CPAC.

White House 'not looking' for advice on immigration from Trump

While Trump's first public address after departing from the White House might be exciting news for his supporters in the GOP, Joe Biden's administration is not interested in it at all, according to spokeswoman Jen Psaki. While she admitted that the White House would listen to what Trump has to say, it is not looking for his expertise on policy, claiming to currently be engaged in fixing the damage that the former president had supposedly done.

"We’re not looking to former President Trump or any of his advisers for how we’re approaching immigration. In fact, we’re in the circumstance we’re in because not only was their approach inhumane, it was ineffective", Psaki said.The Democrats actively criticised Trump's immigration policy from day one of his term, lambasting his crackdown on illegal immigration and ostensibly opposing his pet project to build a wall on the border with Mexico to further curb the influx of illegal migrants. The Democrats claimed that Trump's approach to the matter was "cruel", taking particular aim at the practice of separating migrant children from adults. The latter, as statistics showed, would often pose as their parents, while they were in fact not related to the children at all.