New Zealand experienced two other earthquakes earlier Friday, including an estimated 7.3-magnitude quake that struck near the northeast coast, prompting tsunami warnings for the island country. 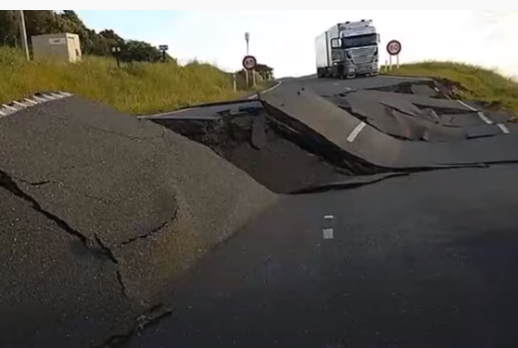 TSUNAMI WARNING: Areas that need to evacuate are indicated on this map. Evacuate these areas even if you did not feel the earthquake. DO NOT WAIT. A damaging tsunami is possible. More info at https://t.co/ccVFYQQoBrpic.twitter.com/bnEgZy8ikF

The USGS registered the Kermadec Islands earthquake around magnitude 8.1.

The NZ release urged those near the east coast of the North Island and Great Barrier Island to immediately move to "to the nearest high ground, out of all tsunami evacuation zones, or as far inland as possible."

A magnitude 8.1 #earthquake, the largest so far today, has occurred northeast of New Zealand, prompting a #tsunami threat.

This includes a Tsunami Watch for Hawaii, according to the @NWS_PTWCpic.twitter.com/rZxffyoH6y

"This is the third earthquake this morning," New Zealand officials highlighted.

The first earthquake, which occurred around 2:27 a.m. local time on Friday, was estimated to be around magnitiude 7.3, while the latter quake registered around magnitude 7.4.

Just a few hours after the M7.3 earthquake off the N. island of New Zealand earlier, now there is a M7.4 quake 900 km to the north. Did the M7.3 trigger the M7.4? Maybe, but unlikely & hard to tell. Both though are related to subduction of the Pacific plate beneath the Aus plate pic.twitter.com/LhDXm72pKt