President Erdogan praised cooperation between the two countries, especially regarding the defence industry. 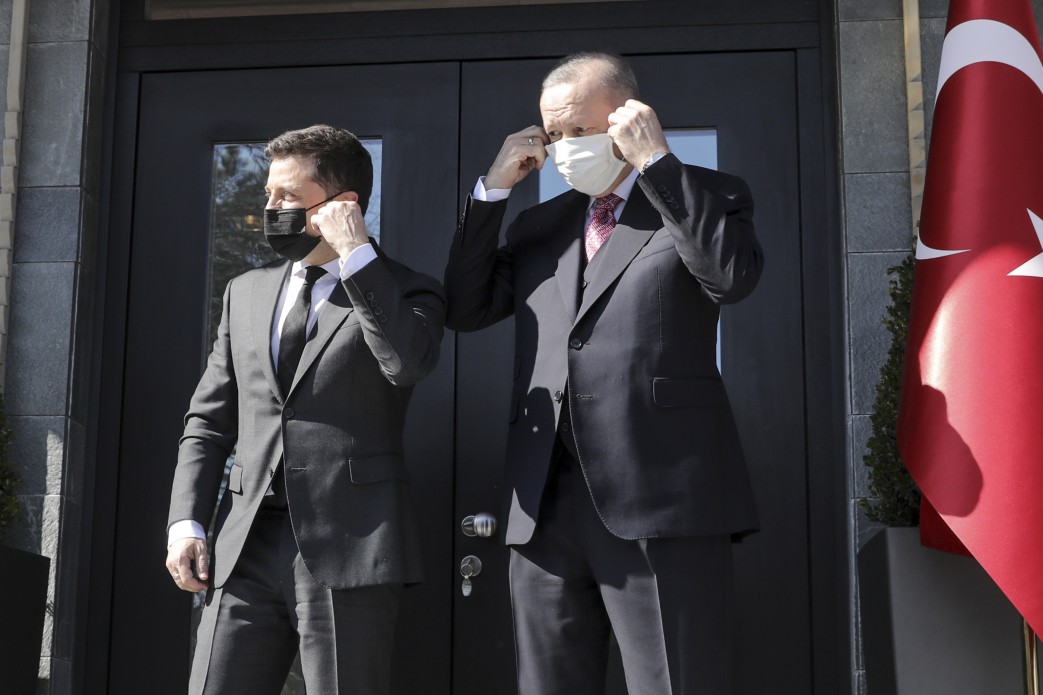 Turkish President Recep Tayyip Erdogan has announced following talks with his Ukrainian counterpart Volodymyr Zelensky that Ankara and Kiev have agreed to continue their "strategic partnership." Erdogan added that ensuring security and peace in the Black Sea region is Turkey's priority.

The Turkish president further praised the existing defence cooperation between the two nations, stressing that it's not aimed at any specific third country.

"Bearing in mind the matters on national defence and security, we began working in the 2+2 format [defence and foreign ministers of both states]. We will therefore enhance the cooperation between our countries," the Turkish president added.

Erdogan also stated that Ankara will continue its policy of not recognising the unification of Crimea with Russia, which was supported by the majority of the peninsula's population in the 2014 referendum. He also expressed support for the Crimean Platform – Kiev's pet project to "return" the island under its control.The Turkish president also extended his support to the Minsk accords for resolving the conflict in Ukraine's east. Erdogan said that he and President Zelensky agreed that the conflict can be resolved through political and diplomatic efforts.

Contrary to Erdogan's hopes for peace, the internal conflict in Ukraine has witnessed a surge in violence recently, often provoked by the Kiev military. Moscow condemned these developments, demanding that the Ukrainian government starts fulfilling its obligations under the Minsk agreements.

US supports Ukraine's entry into NATO