Israeli warplanes struck a number of locations in Syria’s southwest. 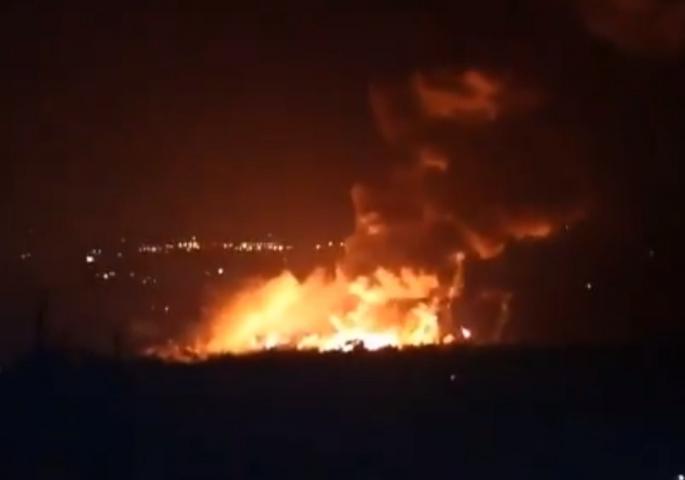 According to Syria’s Ministry of Defense statement, the incident took place around 2 AM local time.

“At around 2:18 am today, the Israeli enemy carried out an air aggression from the direction of southwest Lattakia targeting some points in the coastal area. Our air defense media intercepted the aggression’s missiles and dropped some of them.”

And the Israeli aggression led to the death of a civilian and the wounding of six others, including a child and his mother, in an initial outcome, in addition to some material losses, including a civilian facility for the manufacture of plastic materials.”

Some, but not all missiles were intercepted.

“Our aerial defenses intercepted the aggressor’s missiles and downed some of them,” a statement from the Syrian military said.

As reported, one civilian died, 10 others were injured and 4 of them are in critical condition, with all of the injured taken to hospital.

The Israeli strike targeted military points near Deir Shamil, in the western countryside of Hama, and it caused several injuries that are being treated.

Overall, multiple sites were targeted. A civilian asset was struck in the Al-Samra area, causing the death of a civilian, and a Syrian military site in Deir Shamil, near Masyaf was struck, injuring personnel.

Apparently one of the sites struck tonight is a military site near Deir Shamil in the Masyaf zone west of Hama. A possible Syrian military base is located on the outskirts.

Videos posted to social media showed a large fire and several loud explosions at the scene of the blast.

SANA said the site was a plastics factory. Israel has reportedly bombed sites connected to Iran’s alleged missile production and arms depots in the areas of Latakia and Hama before.

Israel has not yet officially commented on the incident. Israel has frequently struck Iranian military targets in Syria in its proxy war with Tehran.

Additionally, Russia operates a base nearby, and this is likely the closest an Israeli strike has landed near Russian forces in recent months or even years.

Gaddafi's jet returns to Libya for first time in over 8 years, reports say