China has accused NATO of slander and attempting to whip up conflict after the bloc’s members released a joint statement admonishing Beijing’s actions on the world stage. 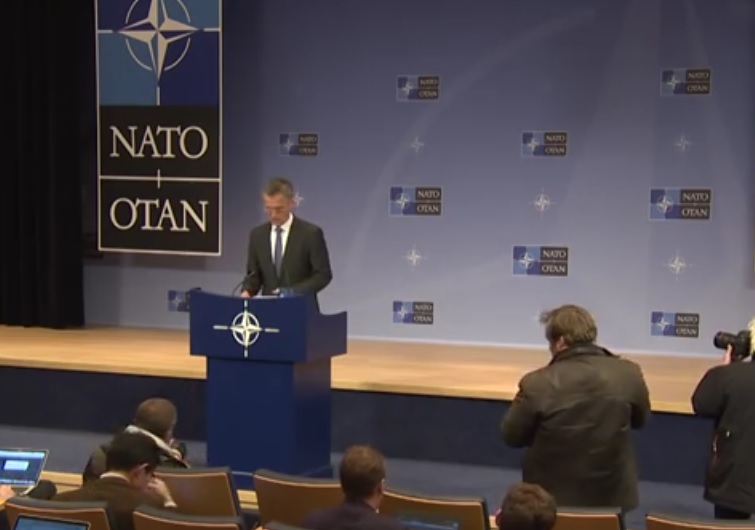 The 30-nation military bloc said on Monday that “China’s stated ambitions and assertive behavior present systemic challenges to the rules-based international order and to areas relevant to Alliance security.” In particular, they noted that China is “rapidly expanding” its nuclear arsenal and conducts military drills with Russia.

The NATO countries urged Beijing to uphold its international commitments and “act responsibly” on the world stage.

The spokesperson of our Mission speaks on a question concerning the NATO Summit’s Communiqué.
📄https://t.co/iAbdpAhn5Upic.twitter.com/u4NLn3HsNK

China’s mission to the EU responded with a statement of its own on Tuesday, accusing the US-led alliance of “slandering China’s peaceful development and misjudging the international situation and its own role.”

NATO’s way of thinking is “a continuation of the Cold War mentality and bloc politics,” the statement read.

China is committed to a defense policy that is defensive in nature. Our pursuit of defense and military modernization is justified, reasonable, open and transparent.

The Chinese diplomats argued that Beijing’s defense budget makes up about 1.3% of the country’s GDP, which is below NATO’s guideline requiring member states to spend at least 2% of their GDP on defense. They added that China’s nuclear arsenal is “by no means in the same league” with the US.

“China urges NATO to view China’s development in a rational manner [and] stop hyping up in any form the so-called ‘China threat,’” the statement said, accusing the Western bloc of trying to “create confrontation.”

NATO chief Jens Stoltenberg stated earlier that the allies need to develop a common strategy to counter the rise of China as an economic and military juggernaut.

Speaking to reporters after the bloc’s summit in Brussels, Belgium on Monday, Stoltenberg also said that NATO must maintain “dialogue and contact” with Beijing in the military field, and that the allies can cooperate with China on issues such as arms control and Afghanistan.

The NATO meeting took place right after the G7 summit in the UK, where the leaders, among other things, called for a “timely, transparent, expert-led, and science-based” study into the origin of the coronavirus in China.

US President Joe Biden said it’s “important to know the answer” to whether the virus was transmitted to humans from animals in a natural environment, or whether “it was an experiment gone awry in a laboratory.”

The president was referring to the theory that the coronavirus was accidentally leaked from a laboratory in Wuhan, China, where it was first recorded.

China has repeatedly rejected allegations that the virus was ‘leaked’ from a laboratory.