Ballistic missiles launched by Iran have landed ‘dangerously close’ to a commercial ship and  a US aircraft carrier in the Indian ocean. 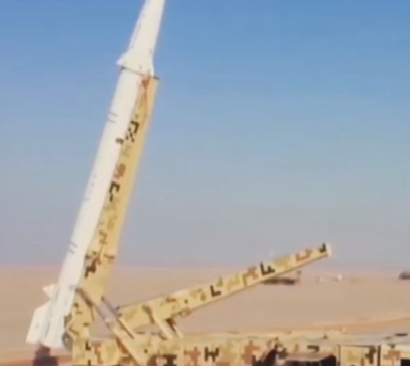 A US official told the news network that at least one of the missiles landed 32 km away from the commercial ship. The official didn’t identify the vessel or provide any further details.

Two others Iranian missiles landed 180 km away from the USS Nimitz aircraft carrier strike group. The explosion, which sent shards of debris in all directions, was not visible from the aircraft carrier.

“We were expecting the missile launch,” one official told the source.

The USS Nimitz stayed in the northern part of the Indian ocean upon an order from President Donald Trump. The move was meant to deter Iran.

The missiles were launched by the Iranian Islamic Revolutionary Guard Corps (IRGC) Aerospace Force in the morning during the final stage of the Payambar-e Azam 15 [the Great Prophet 15] large-scale drill. According to Fox News, the missiles were tracked by US spy satellites.

Experts said the Iranian missiles were of Emad, Sejjill and Ghadr types, which were originally designed to hit ground targets. During the drill, however, they were launched at naval targets.

Earlier this week, a US nuclear submarine was caught spying on live-fire drills of the Iranian Navy in the northern part of the Indian ocean.

The recent developments reflect the unprecedented tensions between Iran and the US. The Trump administration has been pressuring Iran politically, financially and militarily to force it to give up its nuclear rights and missile program for more than two years now.