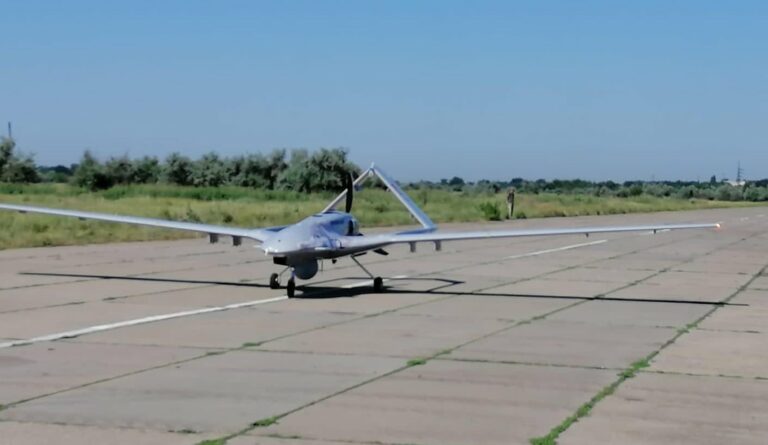 After completing acceptance tests, the drone, along with mobile control terminals and spare parts, will be deployed at the Ukrainian Navy’s 10th Naval Aviation Brigade in Mykolaiv.

Baykar announced in 2019 that it won a $69 million contract to sell six TB2 combat UAVs to Ukraine. Turkish officials at the time said the deal included ammunition for the armed drones.

The Ukrainian Navy’s chief of staff, Oleksiy Neizhpapa, previously said the combat UAVs are expected to be delivered by the end of 2021.

“This year, the Navy will receive the first set of the Bayraktar unmanned complex, which surface forces and marines will use both in the Black Sea and the Sea of Azov,” Neizhpapa said May 12 during the All-Ukrainian Forum “Ukraine 30.″

In recent years (and especially in recent months), Turkey and Ukraine strengthened their military bonds.

Moscow, however, is against this deepening of defense cooperation.

“We strongly advise our Turkish colleagues to carefully assess the situation and refrain from fueling Kyiv’s militaristic sentiment,” Russian Foreign Minister Sergey Lavrov was quoted as saying in late May 2021.

In October 2020, Turkey and Ukraine signed an agreement under which the former would build corvettes and drones for the latter, while Ukraine would provide gas turbines to Turkey.

In a July 4 speech celebrating Ukraine’s Navy Day, President Volodymyr Zelenskyy said Turkey has begun construction of the first Ada-class corvette for the service and plans to deliver it by 2023.

Ukraine is a necessary ally, since most of the parts that Turkey requires for its defense industry, especially for UAVs have been denied from Germany, Canada and others.

Mehmet Cem Demirci, a political analyst based in Turkey, told Defense News that new leadership in the United States is helping to drive Turkey-Ukraine relations.

Both the U.S. and Turkey are NATO allies, and Ukraine has expressed interest in joining the coalition.

“Despite Russia, Turkey has engaged with Ukraine under its foreign policy objectives and arms industry priorities, which are also consistent with Biden’s policies,” Demirci said. “The effects of Joe Biden’s victory in the U.S. presidential elections on the international system, as well as the adoption of the 2030 document that guides NATO’s future vision, ushered in a new era in relations between NATO, the United States and Russia because Russia was explicitly mentioned as a threat to NATO in this document.”

U.S. and Turkey have also butted heads over the latter’s acquisition of S-400 air defense systems from Russia as well as its close cooperation with Russia in the Syrian and Libyan civil wars.

“However, given their shared historical background and strategic objectives, it would be fair to say that Russia-Turkey relations are both temporal and tactical. As a result, the rapprochement between Ukraine and Turkey, particularly in the field of arms production, must be assessed in this context,” Demirci said.