Ukrainian President Volodymyr Zelensky has signed a decree ordering the country’s internet providers to block access to the websites of 12 different Russian companies, including newspapers Vedomosti and Moskovskiy Komsomolets. 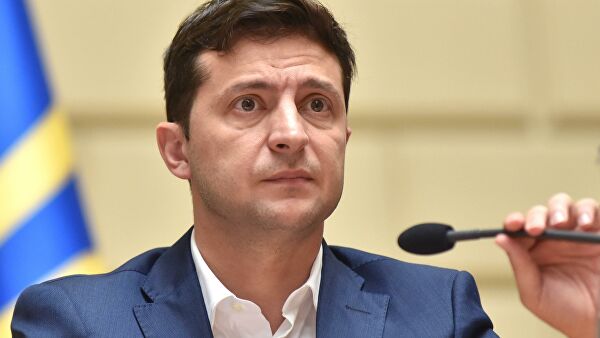 Restrictions have also been imposed on TRK-3, the Foundation for the Study of Historical Perspectives, the Mutual Aid Association, Novinfo, Nashe Zavtra, Light Print, Narodnye Novosti, and Anna-News.

As well as blocking their websites, many of the companies are also subject to financial sanctions, such as asset freezes and restrictions on transactions.

Since the 2014 Maidan, Kiev has put in place blanket bans on more than a dozen Russian outlets, including RT’s news channels.

The latest restrictions on foreign outlets came the same week as Zelensky took aim at Ukrainian publications and companies, such as Strana.ua, one of the country’s best-known mainstream news sites. The opposition-leaning outlet is strongly critical of Zelensky’s leadership of the country.

Just six months earlier, in August, the Zelensky administration clamped down on another eight media outlets, including three TV channels – ZIK, NewsOne, and 112 Ukraine. These stations are all owned by opposition politician Taras Kozak, a lawmaker for the pro-Russian Opposition Platform for Life party. He dubbed the decision “an act of blatant censorship.”

Almost all news outlets in Ukraine are bankrolled by wealthy individuals, including the 1+1 Media Group, a conglomerate that helped Zelensky himself come to power.

The president has also taken aim at politicians themselves, including the head of the Opposition Platform for Life party, Viktor Medvedchuk. The opposition leader is currently facing charges of high treason and is awaiting trial. Prosecutors are yet to set out the evidence against him.