A thousands-strong protest march against the French government’s draft security bill in Paris has ended up in chaos as groups of “rioters” torched cars, broke windows and clashed with police responding with tear gas. 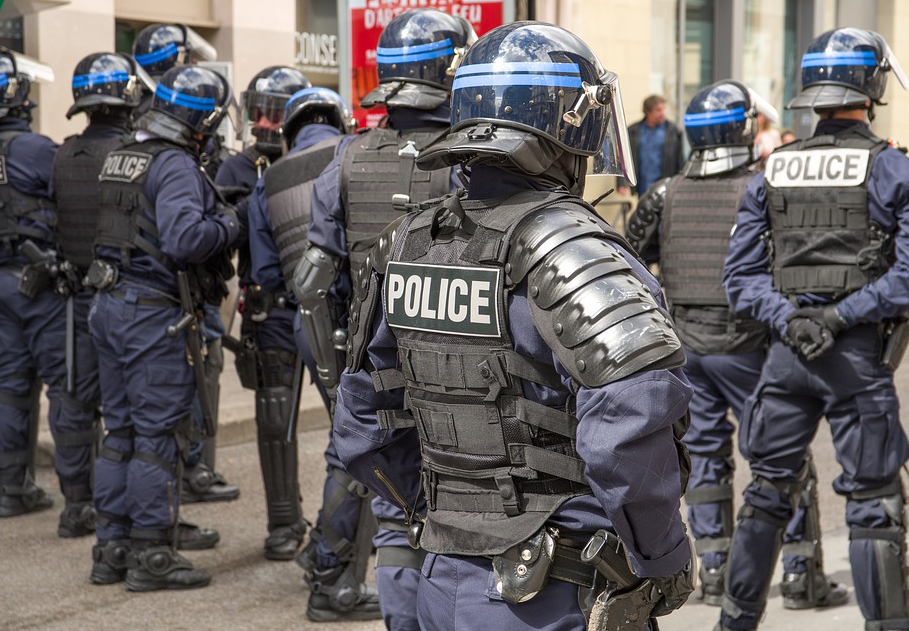 Thousands of demonstrators set out from Porte des Lilas on the northeastern edge of the French capital on Saturday and headed to the Place de la République in the city center. The marchers sought to express their discontent over police violence and President Emmanuel Macron’s security policy plans.The marchers were waving banners reading: “France, land of police rights” and “Withdrawal of the security law.”

The march almost immediately descended into violence, as groups of black-clad protesters with covered faces started smashing windows and burning cars. Soon, the streets in eastern Paris were plunged into chaos as demonstrators erected barricades and set them on fire.While protesters chanted “everyone hates the police” and “anti-capitalists,” some in the thronging crowds broke windows in several buildings, including a supermarket, a real estate agency and a bank, and set cars – including a truck – ablaze. They were also seen destroying CCTV cameras along their route and pelting police with firecrackers and various projectiles.

Law enforcement were deployed to the streets in large numbers and responded with volleys of tear gas. Police officers clad in helmets and riot gear also attempted to disperse the crowds.

Footage uploaded to social media show Paris streets filled with thick plumes of tear gas, littered with debris and lit by the burning cars and barricades. On several occasions, the rioters managed to force the police to retreat by pelting the officers with firecrackers.

Police said that the demonstration was “infiltrated” by at least 500 “rioters” seeking to sow chaos. French Interior Minister Gerard Darmanin confirmed that at least 22 people were arrested, and thanked the police for their courage in the face of “very violent individuals.”

More than 90 demonstrations were held across France on Saturday including in many big cities like Marseille, Lyon or Rennes. They were mostly peaceful.The nation has been hit by a wave of protests after the government introduced a draft bill that would provide law enforcement with additional surveillance tools.The bill’s controversial Article 24, in particular, sparked public anger as it seeks to protect police officers from doxing and harassment, and bans the filming of on-duty cops and sharing their images online with the “intent to harm.”

The bill’s critics argue such a provision would make the police less accountable and would be used to persecute those willing to expose police brutality. The tensions rose even more after footage emerged last month showing French police beat and racially abuse a black man, apparently for not wearing a face mask.

The lower house of the French parliament already approved the draft legislation in late November, but earlier this week, Macron’s government vowed to “rewrite” the controversial Article 24, although many critics say now that is simply not enough.