Chinese officials have been accusing Washington of “demonising” Beijing and portraying it as an “imagined enemy”. 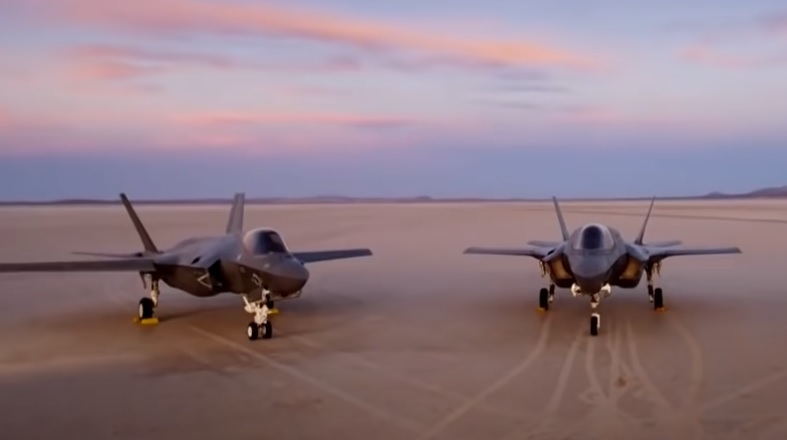 The United States Air Force is sending some 25 F-22 stealth fighter jets to the western Pacific for an exercise this month, with analysts calling the deployment an attempt to send an immediate message to China amid tensions in the region, according to the source.

The Raptors, deployed from the Hawaii Air National Guard and Joint Base Elmendorf-Richardson, will make their way to the islands of Guam and Tinian as a part of the Operation Pacific Iron 2021 exercise. The fifth-generation combat planes are believed to be the world’s most sophisticated fighter aircraft due to their ability to evade radar detection and incorporate on-board and off-board information systems. According to the US Indo-Pacific Command, the training is set to make the US regional forces “more lethal, adaptive and resilient”.

The US currently has around 180 F-22s in its fleet overall, with nearly half of them ready for deployment, according to Air Force statistics. China, meanwhile, has only about 20 to 24 operational fifth-generation fighters, Hawaii-based defence analyst Carl Schuster earlier told the source. So the deployment of some 25% of America’s mission-capable F-22s to the turbulent region where China and the Western powers are quarrelling over the status of Taiwan and the South China Sea territories should be seen as a direct message to China, he believes.

"The Pacific Air Force is demonstrating that it can deploy as many or more fifth-generation aircraft into the theatre on short notice than (China) currently has in its entire inventory," Schuster said, noting that normally the F-22 deployment consists of only between 6 to 12 jets.

"Demonstrating the US Air Force's Agile Combat capability sends a strong deterrent signal to China and reassuring one to (US) allies and partners," the analyst added. "China will try to follow it closely.”

Apart from F-22s, the operation will also see some 10 F-15 Strike Eagle fighters from Mountain Home Air Force Base and two C-130J Hercules military transport aircraft from Yokota Air Base in Japan, as well as around 800 personnel who will take part in the exercises. The drills will be a part of a larger Agile Combat Employment strategy designed to spread US fighter planes across the region and make them readily deployable for combat.

According to Peter Layton, a former Australian air force officer and now an analyst with the Griffith Asia Institute, the F-22 is “one of the more difficult aircraft for this kind of deployment exercise in terms of mission and maintenance support”.

“If you can do this with the F-22 then doing it with any other US tactical fight aircraft should be straightforward," Layton explained, adding that the US is taking China “very seriously”.

A retired Chinese senior colonel, Zhou Bo, told the South China Morning Post that such a large deployment of advanced fighter aircraft will definitely not help ease ongoing tensions in the region.

China as an ‘imagined enemy’

The deployment comes as Chinese officials have accused the United Stated of “demonising” China in a bid to blame it for America’s “own structural problems” during the talks between US Deputy Secretary of State Wendy Sherman and China’s Vice Foreign Minister Xie Feng in the Chinese city of Tianjin.

According to a readout of the talks shared by China’s foreign ministry and cited by Xinhua news agency, China also blamed the US for the “stalemate” in the bilateral relations between the two countries.

Xie reportedly told Sherman that Americans have been portraying China as an “imagined enemy” as a part of the US’s “highly misguided mindset and dangerous policy”.

Sherman is the highest-ranking US official to come to China since the beginning of President Joe Biden’s presidential term. According to the White House, the primary purpose of the talks was to keep channels of the communications “open”.