President Donald Trump has broken with the media and his own Secretary of State, brushing aside allegations that Russia was behind a massive computer hack. Trump instead claimed that the real culprit could be Beijing. 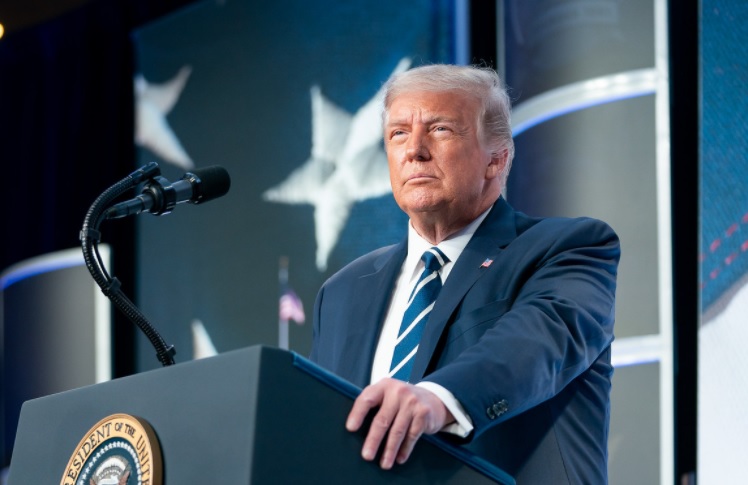 “The Cyber Hack is far greater in the Fake News Media than in actuality,” Trump tweeted on Saturday, adding that “everything is well under control.”

The Cyber Hack is far greater in the Fake News Media than in actuality. I have been fully briefed and everything is well under control. Russia, Russia, Russia is the priority chant when anything happens because Lamestream is, for mostly financial reasons, petrified of....

“Russia, Russia, Russia is the priority chant when anything happens because Lamestream is, for mostly financial reasons, petrified of discussing the possibility that it may be China (it may!).”

As well as hitting out at the “Lamestream” media for blaming Russia, Trump also suggested that there may have “been a hit on our ridiculous voting machines during the election.” The president has often cited a series of unexplained computer“glitches” as proof that someone interfered to deny him victory in five key swing states.

The “Cyber Hack” referred to by Trump, however, is a hacking operation that targeted the SolarWinds Orion Platform, a network monitoring tool used by nearly every Fortune 500 corporation and multiple US government agencies, among them the State Department, NASA, and the Pentagon.

The hack was revealed earlier this month, and pinned on Russia evidence-free by none other than the Washington Post, quoting its usual anonymous sourcesSecretary of State Mike Pompeo said on Friday that, while an investigation is ongoing, and its final results will probably remain classified, “we can say pretty clearly that it was the Russians that engaged in this activity." During the same conversation with conservative talk show host Mark Levin, Pompeo referred to Russia as an “enemy” of the US, and Russian President Vladimir Putin as “a real risk to those of us who love freedom.”

Moscow denies any involvement in the cyber attack.