The escalation in Eastern Ukraine continues. 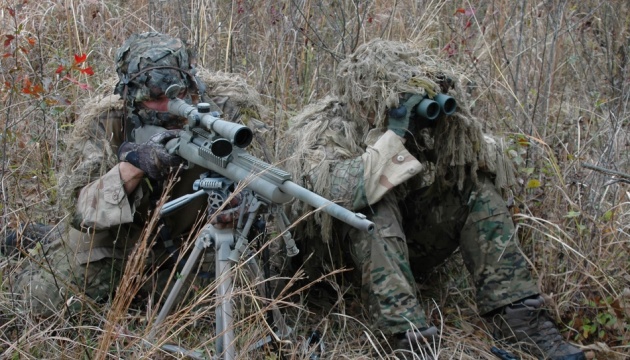 The Kiev side claimed that the DPR/LPR had violated the ceasefire 7 times and a Ukrainian soldier had been killed.

Each day over the past week, there’s been either a Ukrainian soldier killed, injured or several.

“In particular, the enemy opened aimed fire from 120mm mortars, grenade launchers of different systems, heavy machine guns, sniping weapons and small arms near Pyshchevyk (25km north-east of Mariupol). A Ukrainian soldier was killed in the enemy shelling,” the press center of the JFO Headquarters informed.

Outside Shyrokyne (20km east of Mariupol) and Vodiane in the Sea of Azov area, the DPR/LPR allegedly fired grenade launchers of different systems, heavy machine guns and small arms.

“The main purpose of actions of the armed formations of certain areas of Donetsk and Luhansk regions was to provoke the Armed Forces of Ukraine into returning fire to further accuse them of violating the ceasefire. In several cases, the enemy fired on our positions at the same time requesting ceasefire, allegedly due to shelling by the Armed Forces,” the JFO Headquarters informs.

Meanwhile, alongside the accusations, Kiev continues its attacks on both Donetsk and Luhansk.
The head of the DPR, Denis Pushilin called on Ukraine not to begin another war.

“Ukraine is openly and cynically escalating the conflict. The recent shelling of Yelenovka over several days is clear evidence of this. It is no coincidence that this village was chosen as a target – it is through the checkpoint in Yelenovka that civilians are now passing through. Ukrainian security officials have already staged provocations at the checkpoint in Volnovakha in 2015 in order to blame the republics for the deaths of civilians. It is likely that they will try to play this scenario again. But we will not allow that.

What is happening on the line of contact fits into the general logic of events in Ukraine. The closure of objectionable media outlets, the persecution of alternative political parties and opinions, the extremely low rating of Zelensky, alarmist statements in the press … The combination of these factors leads to a disappointing conclusion: Kiev sees war as the only way out of this situation.

The people’s militia of the DPR is ready for an adequate response. If armed provocations take place from the Ukrainian side, our troops suppress the enemy’s firing points. And they do it so accurately and efficiently that even the Ukrainian media and politicians can no longer hide the losses. But they also do not have the opportunity to accuse us of breaking the truce.

I am absolutely sure that our fighters can handle any task: filigree suppression of firing points, and the protection of civilians during hostilities, and a lightning attack. Therefore, I recommend the Ukrainian leadership not to flirt with the war: they will receive a well-deserved rebuff to any aggressive actions. Another question is that for the time being, instead of a full-scale war, we are choosing to preserve peace. But our patience is not unlimited.”