The Saudi-led coalition fighting against Yemen’s Ansar Allah (Houthis) claimed that it had halted its airstrike campaign to ‘pave the way for a peaceful settlement to the conflict.’ 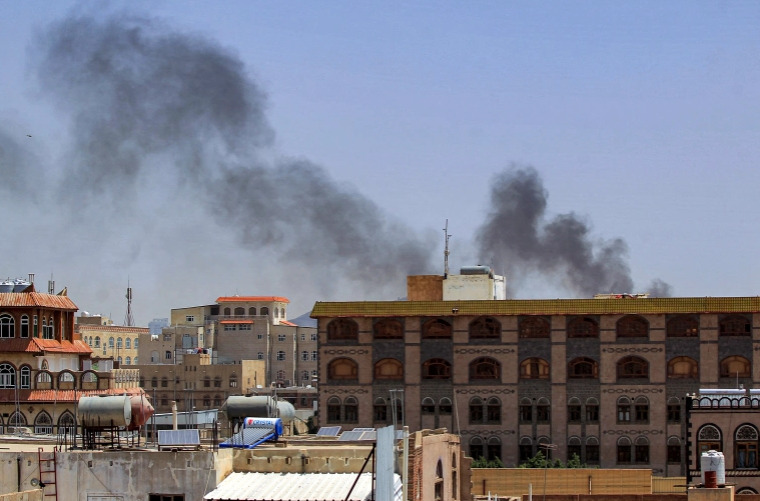 It also followed reports that the coalition had struck a Houthi armoured division near the rebel-held capital Sanaa on June 10th.

Correspondents with the source in the city heard loud explosions and saw smoke rising in the sky. The Houthis did not immediately comment on the explosion.

Coalition spokesman Turki al-Maliki told Saudi state television that “no military operation has been carried out in the vicinity of Sana’a or any other Yemeni cities in the past period”.

The de-escalation is aimed at “preparing the political ground for a peace process in Yemen”, he said.

Despite that on June 12th, the Saudi-led coalition carried out at least 20 airstrikes.

14 of them were on the Sarwah area, 6 of them on the Kitaf area and more on the Madghal area.

Observers may ask how many airstrikes the Saudi-led coalition carried out on June 13th, the answer is: 20.

As such, the act of halting air raids simply meant that the capital Sana’a wouldn’t get bombed, while everything else is, more or less, fair game.

Al-Maliki’s comments came amid a months-long Houthi offensive to seize Marib city and its surrounding oilfields – the last significant pocket of government-held territory in northern Yemen.

The international community and various NGOs waste no time in claiming a humanitarian disaster is on the way if the Houthis have the upper hand somewhere along the frontline, while Saudi Arabia’s exploits go largely unnoticed.

Diplomatic efforts have also allegedly intensified, with UN envoy Martin Griffiths holding talks in Iran with the country’s foreign minister on a two-day visit, the second one this year, his office tweeted on Thursday.

Earlier this month, Omani officials visited Sanaa to try to convince the rebels to accept a ceasefire, according to rebel sources.

In another sign of progress in peace efforts (at least in Sana’a), Houthi officials have begun repairing roads near Sana’a airport, local sources told AFP, indicating that the facility could soon be reopened.

Industry sources told Reuters news agency that construction work had begun in some parts of the airport, which has been targeted dozens of times by coalition air raids. The military alliance says the facility is used for arms smuggling, which the Houthis have denied.

Airport director Khaled al-Shayef said in a Twitter post that he met Yemeni airlines to discuss maintenance and equipment at the airport, and also held talks with the Yemen Oil Company on fuel supplies for aircraft.